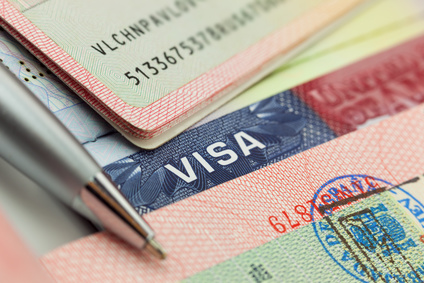 The E-1 visa is an option for foreign nationals of treaty countries who conduct substantial trade with the U.S. In this context, trade is defined broadly and encompasses a wide range of goods and services. Foreign nationals typically apply at a U.S. Consulate / Embassy in their home country, unless they are physically present in the U.S. when the application is submitted. Depending on the specific consulate where the application is submitted, the entire process can take in the range of 2 to 3 months.

Trade for E-1 purposes consists of three ingredients, each of which must be present in all E-1 cases. The three requirements are:

How much Trade is required to be “Substantial”

The word “substantial” is intended to describe the flow of the goods or services that are being exchanged between the treaty countries. The trade must be a continuous flow that should involve numerous transactions over time. However, the smaller businessman should not be excluded if demonstrating a pattern of transactions of value. Thus, proof of numerous transactions, although each may be relatively small in value, might establish the requisite continuing course of international trade. Income derived from the international trade that is sufficient to support the treaty trader and family should be considered favorably.

The following list outlines the countries that are currently considered “treaty countries”. As such, citizens of the following countries may be eligible for E-1 Treaty Trader Visas.

Please complete the form below to schedule a consultation.

Douglas A. Cowgill, US Immigration Lawyer
5.0

Luisa Righetti
22:22 22 Oct 20
Douglas made the TN process simple during a difficult time and quickly and efficiently responded to any questions.

Rupinderjit Ghumman
05:01 28 Aug 19
Douglas was very pateint and answered all the questions we had. He is very knowledgeable.

Sumaiya Islam
03:57 21 Nov 18
Doug is an absolutely wonderful immigration lawyer who is knowledgeable, professional, and very helpful. He recently assisted me with my TN visa application which was successful. Throughout the process, I felt like I was in good hands as he truly cares about his clients and provides really effective guidance. I definitely would recommend his services to anyone seeking an outstanding attorney!

ESI ESI
20:49 03 Nov 18
Excellent personal and professional advice, guidance, communication and commitment.Douglas Cowgill guided us through each step, demystifying the process. His unending patience is very much appreciated.He truly cares about people, and is passionate about his profession and what he does.Thank you, Douglas.Dr. E. Costea

g gill
04:07 29 Oct 18
Douglas helped me file for my E2 Visa. My application was successful. Excellent communication through the whole process. I would recommend Doug to anyone needing help with any type of visa.

Wendy Kam Marcy
16:28 24 Oct 18
Douglas is a very knowledgable immigration lawyer and easy to work with. Most of our communication was by email and his responses were always quick and detailed. We definitely recommend Doug and his services! Thanks again for helping us with our visa!

Neda Rahbari
18:40 24 Jul 18
Douglas is the best, He is very knowledgeable, professional, responsive and will give his honest advice, i got the reult that i wanted for my E2 visa in just a few months! He kept me informed and guided throughout the entire procedure. I would highly recommend his services to anyone looking for an immigration lawyer. Thank you so much

Brad Evans
21:05 11 Jul 18
Attorney Cowgill filed my I-130 application to get my wife a green card. He was very efficient and got the case approved quickly without issue. Highly recommend him as a US immigration lawyer

Lorenzo Cici
20:33 19 Jun 18
I hired Doug prepare my E-2 visa application. The case was approved with no issues. I appreciate his honesty and hard preparation work on my file

Wendy Kennedy
14:46 01 May 18
I was super impressed with Doug and his USA-Canada immigration expertise. He assisted us in filing for our USA E1 Visa and we were successful. Doug is very knowledgeable and detail oriented. He ensured we were well prepared at every stage of the process. I would highly recommend Doug.

Lisa Ng
03:48 13 Apr 18
We had a great experience with Doug and would most definitely recommend him! He was always available to answer our many questions. We worked with him virtually and had no problems communicating via phone.
Next Reviews Write a review